The lessons of evolution 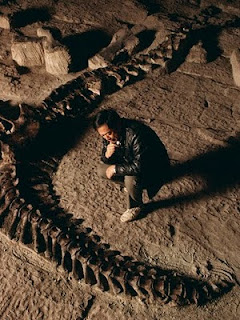 (translated by the author from the orginal portuguese article, “As lições da evolução”)

All of those who did not enlisted themselves in holy wars can learn some lessons from Darwin-Wallace’s theory concerning the origin and evolution of the species. Lessons about how nature works not only at the physical level, but at the spiritual level as well. Those who think that the evolution determined the triumph of materialism against other philosophies of nature are just wrong. If modern sciente opted to “forget” Alfred Russel Wallace, who was a spiritualist, at least it couldn’t do anything about what Charles Darwin wrote at the last paragraph of “The Origin of Species”:

“Thus, from the war of nature, from famine and death, the most exalted object which we are capable of conceiving, namely, the production of the higher animals, directly follows. There is grandeur in this view of life, with its several powers, having been originally breathed by the Creator into a few forms or into one; and that, whilst this planet has gone circling on according to the fixed law of gravity, from so simple a beginning endless forms most beautiful and most wonderful have been, and are being evolved.”

We know that this theory never pretended to explain the surge of life nor of the human consciousness, but the mecanism from which life evolved from the ancient and most simple life forms over Earth. Even then, and not without good reasons, it became one of the pilars that sustains the modern materialist thinking that says that all we are can be explained just by the particles that forms our bodies and brains – even when we actually don’t have a clue about which particles forms our counsciousness, but that’s another story.

What I would like to show here, though, is that the evolutuon theory also brings some huge lessons for a spiritualist view of existence:

We are all one
Even at physical level, we are formed by particles, by dust from distant stars that came to our planet over meteors and, mixing with other elements at Earth’s cradle, mysteriously created the very first living organisms. From organisms as simple as bacterias, everyone else surged, evolving from the same life code, the DNA. Today science proved that there are no human races, our genome is almost identical from australian aborigene to the white european. Not only racism is ignorance, but the notion that we are beings apart at creation, that irrational animals should serve us as objects, is absurd. The indians already knew that we are all one, that nature is only one, and that we are all connected; But, in modern age, scientific proof was needed for our eyes to be opened once more. This is nature’s biggest lesson: next time you look at a small squirrel by the ground, know that we are only here because their ancestors, our ancestors, survived the great extinction of the dinossaurs. We are sons of the squirrels, and the bacterias, because on this cosmic path, nobody is more special than anybody, the same opportunity to live and evolve was given to all of us.

We benefict ourselves from exchanges
The concept of “pure race” was definitely dumped by evolution. If nazism surged on the world, it was because their leaders were also ignorant, and lost the opportunity to learn from nature. Isolated human beings, reproducing only in small local communities, are much more vulnearble to viruses and diseases overall, because they simply didn’t had enough mixtures with genomes from other human beings that walked across distant places of Earth.
Altough, more even, we know that commercial, cultural and religious exchanges were fundamental for humanity’s development as a whole. It was with the silk route, from India to Europe and Middle East, that many civilizations begun to develop faster and faster. It was by the time when many philosophical and religious douctrines met at the same peaceful place that much of our global knowledge solidified: from Ancient Greece to Alexandria, from Al-Andaluz to European Renaissance.
If we made those archievements through the exchange of genes, market goods and knowledge, who knows where we could reach with the exchange of love?

Altruism is one species’s evolution
From bacterias that spends energy to produce a viscous substance that make their colonies float over water’s surface and became more protected, to the ancient gift exchange among homonidies, where male brought food from their hunts as payment for having sex with the females, altruism has been comproved as one species’s evolution.
Those who hunt alone will have more food when he kills his prey, but history shows that those species who hunt as a group obtains an evolutionary advantage: when everybody helps each other out, even having to share the hunt, they have much more chances of avoiding dying by starving, alone, because the probability of getting a good hunt each day is much bigger for groups with more eyes and more sharp weapons.
Since ancient times, nature have been teaching us that mystery: the more we share with other beings, more potential we develop to share even more. Love is neverending fuel, the fire from it’s pyre is eternal and the wind only make it grow more and more...

From adversity comes the greatest evolutionary leaps
No species evolved with little stress lives, be it by the abundance of preys to be hunted or by the complete ausence of predators. Without adversity, be it a starving predator or one’s stomach begging for energy, beings wouldn’t had any good reason to evolve.
Altough we all like peace, that everything “works as planned”, we cannot expect that adversities pass always far from us. That would be, at the long range, a big trap. Stagnation, be it physical, be it mental, be it spiritual, is the greatest evil of mankind. The dark age of medieval Europe showed us that dogmas do not serve as our salvation, and that absolut truths manuals are of no help if the people is yet ignorant of the real intepretation of those truths. To aquire knowledge doesn’t make anybody a saint: it’s needed to practice, it’s needed to step deep in the mud, it’s needed to face the desert and comprehend that, be stagnation anywhere still alive, nature won’t let us relax.
The “war of nature”, which Darwin spoke about above, is the path where it’s mecanism keep pushing us, over and over, always upwards. 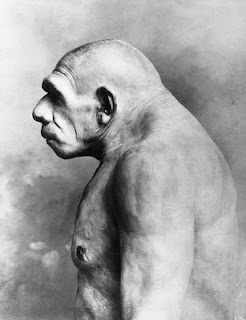 Environment shapes us
Deep water small cataclysms, caused by the interruption in the leak of high temperature waters from terrestrial crust, can cause the extinction of whole ecological niches, killing small coral reefs and other species from ocean’s deep. A river changes it’s course, monsoons are interrupted, and entire empires are extinct, or move to invade new territories, like is the usual case in southern Asia history...
In our vain hope that we were the center of the whole Cosmos, we believed that it were the gods who should serve us, even by the path of so many forms of bargains. Even today, there are scientists who believe that they can dictate the routes of nature, “creating” new species or slowing indefinitely the aging of body’s cells. All in vain: nothing is still, everything flows, everything vibrates. Nature moves in cycles, and between glacial ages over Earth, the humans have surged with all of their knowledge.
But not all knowledge is vain. The greatest proof of this is in the comprehension that it’s the environment which molds the evolution of the species, much more than the battles for survival. And even here, once more, the indians were correct: we are all connected, more even with the environment around us.

Nature is free
Men have been trying to comprehend the mecanisms of nature, but even today they fail miserably over any kind of deeper prediction about where the wind gotta blow next. To predict climate over a short time is possible, but over the long range it’s not: nature insists in raising it’s veil, and among the smallest events that, for not knowing their true cause, we call as “chaotic” or “random”, nothing can be predicted efectively from the future. Nor where the wind gotta blow, nor where the earth gotta shake, nor up to where evolution gotta bring us.
Darwin used to say that the destiny of species “tends towards perfection”. Even it being so complex to define perfection, nature will never get tired of surprising us. In just a few seconds of the cosmic year, men were born with all their knowledge. Perfection is the tomorrow, is what is yet to come, is the potentiality of the etereal consciousnesses dancing over the ages and the species – and nobody can really tell where all of this gotta end. Of it’s agenda, life itself cares: nature is free.

Life is the function of the system
Even every system having it’s function, there are many who opt to ignore that even nature-system has one. In every particle that insists to mold organisms that behave in an anti-entrophical way during the time they are alive, lies a piece of the sacred code; Which codified, tells along infinite chemical reactions among the cosmic whirlwind: “To produce life, that is my function”.

The law of evolution
Nor the strongest, nor the most intelligent. Survives and evolves those who better adapt to the environment’s conditions, and it’s constant changes.
Physically, we are part of the species which obtained the biggest sucess over adapting to the Earth’s environment. We explored and occupied the most remote zones of our planet, and today we are in the very first steps of launching ourselves over the vast Cosmic ocean. Which we still lack, if not an adaptation of the consciousness? If not to explore and to occupy our infinite interior?