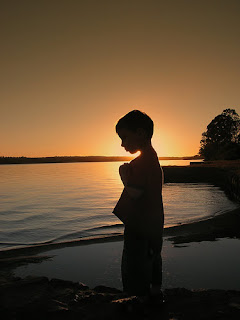 (translated by the author from the original portuguese article, “A crença do espiritualista”)

While chatting on the web, I once came upon a story, as told by a skeptic friend. He said that one of his friends, whom he admired the intelligence, suffered a car accident and stayed unconscious for a few days. When he awakened, he was beside him, and so he asked: “Am I still alive, or in the other side?” His friend was a spiritualist, and believed in life after death (or, to be more exact, in life after life). So, my skeptic friend asked over the web: “How can an intelligent person, like him, believe in such stuff?” – And that’s an excellent question…

Many skeptics, and those rated as “intellectuals and scholars”, seen to have a hard time in trying to solve that puzzle. It’s cause they stumble upon two interpretations that are somewhat prejudiced: the first one states that faith cannot be rational, and the second says that the vast majority of the spiritualists are alienated from reality. This article will try to open the eyes of those people, so maybe they can judge the spiritualists by what they really are: people like any other, but who consider the possibility of the existence of the spirit.

Reason and Faith
The etymology of the word “faith” brings us two origins that aren’t necessarily complementary. The first one derivates from the greek pistia, and means “to believe”. This is the most common meaning, but still incomplete, because it’s not enough to believe only, it’s also necessary to understand the reason by what we believe. This is the so called reasoned faith. Before being a contradiction, as some might think, the use of reason consolidates faith, because as we analyze the object of our faith, comprehending and accepting it, we are then creating the foundations that will make our faith unbreakable, fortifying it for the more arduous challenges. On the other hand, the faith without reason is fragile, subject to be unmade and break upon the slightest of the shocks. Or even worst, this irrational faith can conduce to fanaticism, the negation of everything that is against our own point of view. As it’s not opposed to reason, pistia by itself is non dogmatic and, so, perfectly compatible with skepticism.

But we also have another origin for the word “faith”, derivative from the latim fides, which also posses the same meaning of believing, but adds up the concept of fidelity, namely, it’s necessary that we have fidelity to the object of our faith. Speaking of religious faith, we are talking about God, so it’s necessary that we have fidelity to God, and that’s only possible when we follow his precepts: “Love God over all things and our neighbors as ourselves”.

Each one’s God
Every religious doctrine brings their own conception of God, and in the majority of times those views are conflicting between them. This, by itself (and not without reason), already sounds absurd for those who cultivate a more skeptic and rational thought. It’s not for nothing that many end up judging the majority of the theists as alienated: if they can’t even come to an agreement about the nature of God, how can they dictate the rules of conduct to be followed?

This is a pertinent question because it touched the essence of religiosity. The true religious is not exactly those who enlisted themselves in a community of those elected by God (the origin of “church”, from the greek ekklesia), but those who practice a communion with God or the Cosmos, a path of returning into the comprehension of our own origin (from latin re-ligare, origin of “religion”). Unnecessary to say that those are two very distinct definitions – while every church follower can be religious, not every religious person will be a church follower. But, even more profound than that: to every true spiritualist it seems rather obvious that the form of communion with God (or the Cosmos) is exclusive to each one, personal and not transferable. It won’t be books, or preachers, or spiritual gurus, who will teach us how to walk in the path – in the end, every bit of knowledge helps, but each one will have to learn by himself, in practice.

A pertinent comparision can be made between learning spirituality and how to swim: it’s won’t help much to read extensive manuals about swimming, or watch long lectures from great swimmers – you will only turn into a great swimmer yourself if you get the courage to drop in the ocean, and face the waves by your own.

The true spiritualist is not, then, someone alienated from reality. He just dropped in his own consciousness, while others (not without reason) preferred to abstain from this adventure.

Sailing is needed
For the spiritualist in constant study and dazzling before the infinity of the Cosmos, reason and faith walk side by side with morality and love, and he finds in religion, as in philosophy and science, precious tools for his long journey…

He cannot have anything against the skeptic. If this one doesn’t believe yet, it’s surely for two reasons: because he didn’t passed by the same religious experience – and, so, subjective; or because the spirit simply doesn’t exist, and all spiritual questions can be resumed into psychological ones, to be analyzed deeper and deeper as science advances. In both cases, there’s no real reason for an enmity between the spiritualist and the one who does not believe.

Truth be told, if someone has the moral duty to avoid fights and stay into a peaceful and loving posture, this is the spiritualist – which, good or bad, assumed the responsibility to be like so, an harmonious and loving being. The others doesn’t have, by default, any responsibility, nor any God to be afraid of, and there’s no problem with that.

Because if the spiritual path was walked only because of the fear from God punishments, for ridiculous bargains in exchange of a heaven fitted for only a few, then it’s pointed to the wrong direction. Because those who still didn’t comprehended that all beings inside the Cosmos are sons of the same substance, and that everyone will enter heaven holding their hands, it’s because they are still in the beginning of the path.

So, forgive them, because they don’t know what they do. And forgive us, because we also don’t. But, from the depths of infinity an end of the long web is pulled, and we are all impelled into his direction… comprehending it or not.